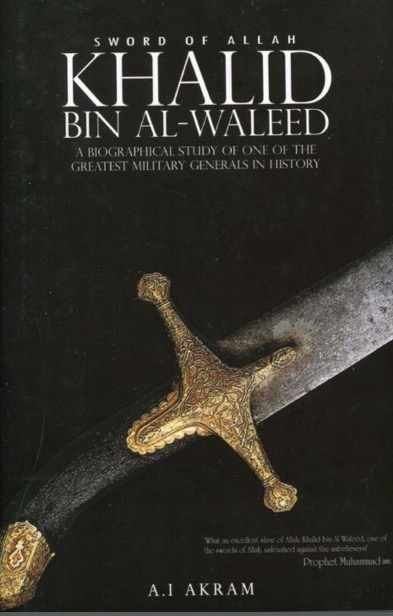 Khalid bin Al-Waleed was one of the greatest generals in history, and one of the greatest heroes of Islam. Besides him, Genghis Khan was the only other general to remain undefeated in his entire military life. This book was written by the late Lieutenant-General A.I. Akram of the Pakistan Army, in October 1969. The author learnt Arabic in order to draw on the earliest historical sources and he visited every one of Khalid’s battlefields in order to draw analyses from the viewpoint of military strategy, including reconciling conflicting historians’ accounts. The book was originally published by the Army Education Press, Rawalpindi, Pakistan and printed by Feroze Sons Publishers in Lahore, Pakistan. The excellence of the book was such that it has been translated from English into Arabic and is currently sold in bookshops throughout the Arab World.

Want this book in different format?